George might have been named “Esto” after a relative or family friend in England. Esto is a common name in East Anglia.
Another explanation is that he was named after the town of Esto, outside Venice in Italy, birthplace of a business friend Prosper de Mestre.

​They had the following 7 children:

George died in the Bathurst area but so far nobody knows the exact place and date. Often it is mixed up with his son George John. 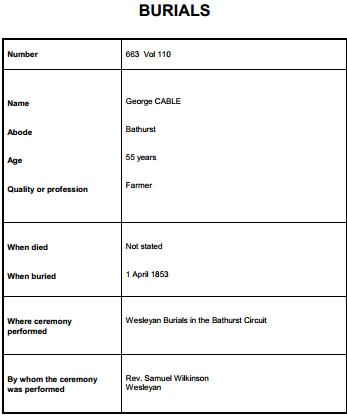 There are many stories about the life of George.