The origins of  the name KABLE arise from the  ancient Saxon spelling of  the  name KEABLE , with the earliest usage  being identified before  the Norman conquests of 1066 and most likely arriving in England with the Saxon  military leaders Hengist and Horsa.

The first clearly identifiable use of the name is on a 13th c property lease , from Suffolk-c 1327, for taxes  collected by Edward 111.

In 1702, two years after James Snr’s marriage to Frances Watling he became  the church clerk at  All Saints, Laxfield.

For the next twenty two years, James‘ penmanship is evidenced in the church register of All Saints , where his regular duties required clear and accurate record keeping.

An example of his penmanship is seen below, and is the cover of the All Saints Church register, from 1711. It includes James’ signature in the bottom left corner.

To be able to read and write at this time (1700’s) suggests James had a formal education. To  achieve this education it could be assumed that the family was likely to have some measure of income to afford this education. 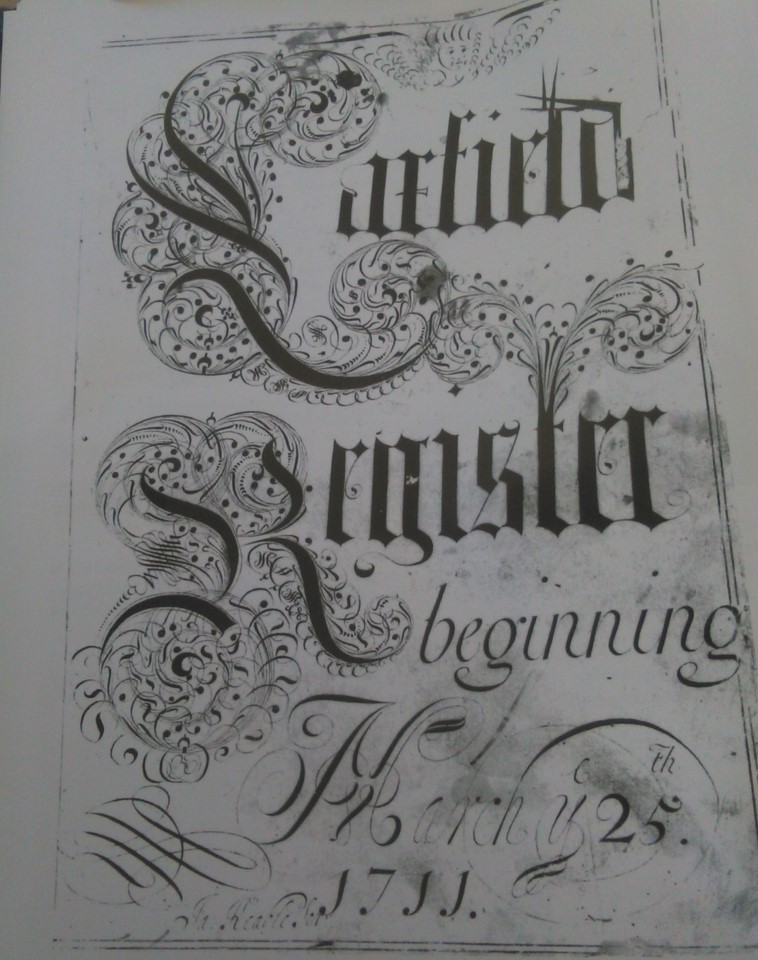