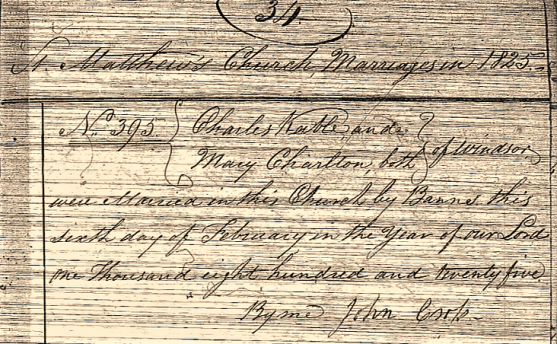 ​It is unkown what happened to Charles after his imprisonment and when and where he died.  One of the last recordings are in the Entrance Book of Bathurst gaol when he was 29 years young. 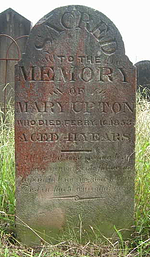 A copy of the letter from the Colonial Secretary’s Office, dated 22/10/1822, regarding the transport of Charles (and John) to Newcastle gaol. 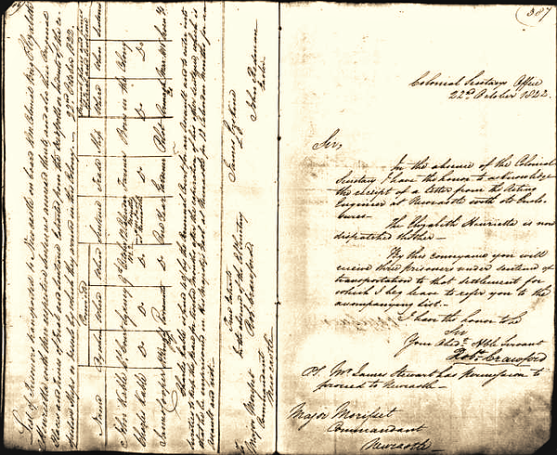 It is possible he was transferred to Norfolk Island. It is possible he obtained his release and changed his name. In Camperdown Cemetery there is a gravestone for one Charles Kable Warby, a name which so far has not been encountered in the drawing up of the family tree(s). (This could be a link with Charles).