History of Norwich Castle. From around 1067 the Normans demolished at least 98 Saxon homes in Norwich to make way for the castle earthworks within which they built a wooden fort, surrounded by deep defensive dry ditches. Once the land had settled, work was begun on the stone keep in 1094 by King William (Rufus) II.

Kable-Holmes links to William the Conqueror

One Kable-Holmes researcher has traced their family line back to William Conqueror. (family tree to be added).

Norwich Castle Gaol has since 1894 transformed into a museum.

An  item on display at Norwich Castle Museum, which recognises two of its most famous prisoners and their new born baby, was photographed by one of their descendants, when they visited the Castle. 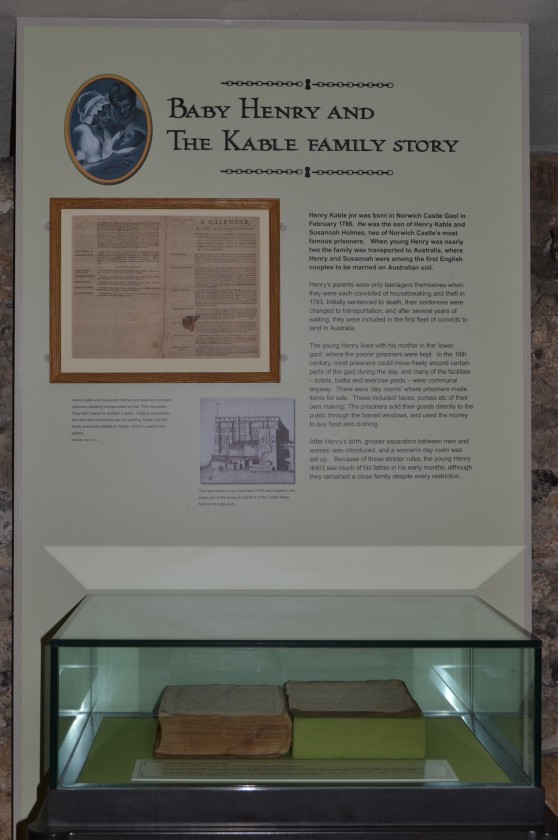 Text on the right