​They had the following children (twins):

Ida died on 13/05/1956 in Brisbane and is buried with her daughter at Pinnaroo Lawn Cemetery and Crematorium, Bridgeman Downs QLD.

​He married to Bessie Wright.

Bess was born at Central Castra on the North West Coast in 1923. She attended Devonport High School, then joined the ES&A Bank at Ulverstone in 1942. She was transferred to Hobart in 1946, where she met Lionel Kable, the manager of the YMCA. They married in 1950.

Their only son John was born in 1953. On Lionel’s death in 1961 Mrs Kable returned to work, this time at Hobart accounting firm Shields and Hibberd.

John was a terrific sportsman and student, graduating from the University of Tasmania with a law degree in 1975. He went on to forge a career as a prominent barrister in Launceston and Hobart. In 1995 John died suddenly from a heart attack aged only 42. Mrs Kable was profoundly affected by her son’s death and for the next 20 years supported the Heart Foundation as a donor and by becoming heavily involved in fundraising events. 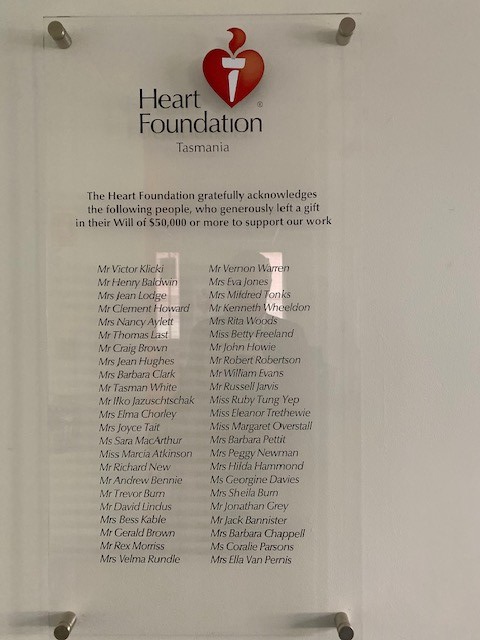 ​William died in 2006.
Margaret died in Sandgate QLD on 20/08/2006 and is buried together with her mother at Pinnaroo Lawn Cemetery and Crematorium, Bridgeman Downs QLD.