He married to Marjorie Joan Rennie, born in 1932.

This photo is of the cover of a book launched recently at the Reader’s Companion in Armidale to honour the life of Ned Iceton and his work as a learner, advocate and educator. 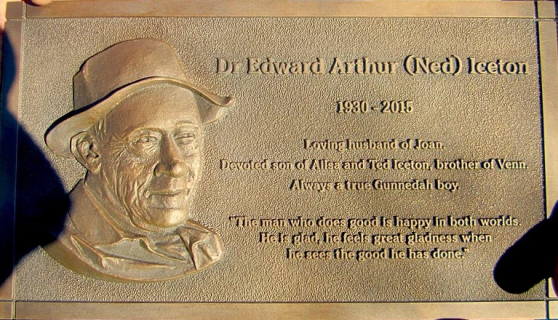 This bronze plaque made by sculptor Carl Merten which is set in sandstone on Pensioner’s Hill, Gunnedah NSW to honour the work of Dr Ned Iceton.