A quiet but rather pretty wedding was celebrated in St. Paul’s Church of England, by the Rev. D. H. Dillonat noon on Saturday, when Robert Moss, eldest son of Mr. and Mrs. Marjoram, of Marrangaroo, was married to Ruth, second youngest daughter of Mr. and Mrs. Sydney Kable, of Cook-street, Lithgow. The parties are well known in Bathurst. The bride was given away by her brother, Private Frank Kable, who is leaving at an early date for the front. She was prettily attired in white palletto silk, trimmed with shadow lace and orange blossoms, and wore the time-honored wreath and veil. The bridesmaids were Miss Pauline Kable,sister of the bride, and Miss Lydia Marjoram, sister of the bridegroom.The former was dressed in white silk and wore a mob cap to match; the latter appeared in pale blue silk with mob cap. The bride was also attended by her niece and nephew, Miss Daphne Burton and Master Dudley  Burton.The reception was held at the residence of the bride’s parents, only immediate friends being present. A few enjoyable hours were spent, and later Mr. and Mrs. Marjoram were accompanied to the station and seen off on  the train for the Mountains and Sydney, where the honeymoon will be spent. The bride’s travelling dress was of grey crepe de chine, with grey tulle hat, trimmed with pink silk roses. 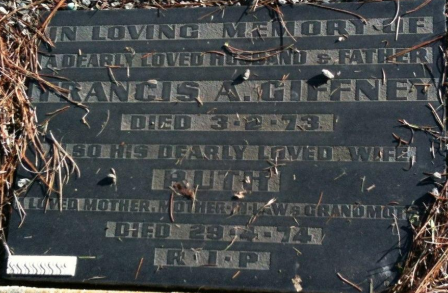 Clarence was born in 1920 (possibly Lithgow).

​She married to Brian Robert Roe in Gosford in 1963.