Sue, as she was called, was born in Toxteth Park, Lancashire UK in January 1899.

​Serving in WWI Jack was gassed which severely debilitated the rest of his life.
His profession was dentist. 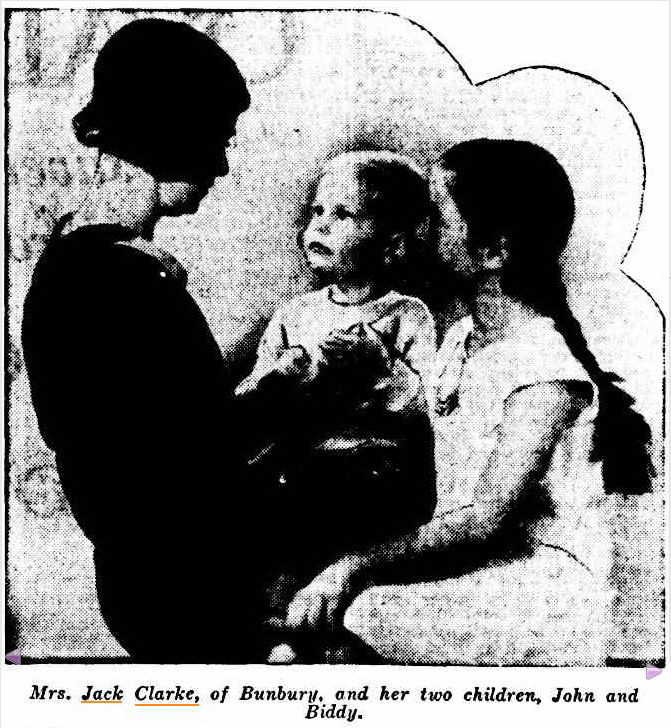 Jack was described as “The perfect Athlete” in The Westerrn Australian of 27/10/1933:

​​“Records may crash before the perfect athlete who can astound even himself in the supreme inter-school effort. Such an athlete was Jack Clarke, who, within a few days in 1916, set the Guildford sprint figures at 10 3-5sec., yet won the inter-school hundred in 10 l-10sec; covered the school quarter-mile in 54 1-5sec, and then the inter-school distance in 52 4-5sec. Those times have evaded capture for 16 years — so long a span that one almost hopes that they will defy time as a memorial to the most spectacular athlete who ever flashed along an inter-school track.

​They had 3 childen, 1 daughter is deceased:

He married to Joyce Veronica Clark in about 1963.